Mission Alliance worked in Vietnam a few years from 1972 and later came back in 1997. The work was initially focused on health and leprosy, but has gradually shifted to focus on climate change, inclusive education, microfinance and community development. Mission Alliance has an office in Ho Chi Minh City. The office is granted project permits by the People's Aid Co-Coordinating Committee (PACCOM) who coordinates all NGO activities in Vietnam, and we work closely with local partners such as local authorities, Women Union and other mass movements. 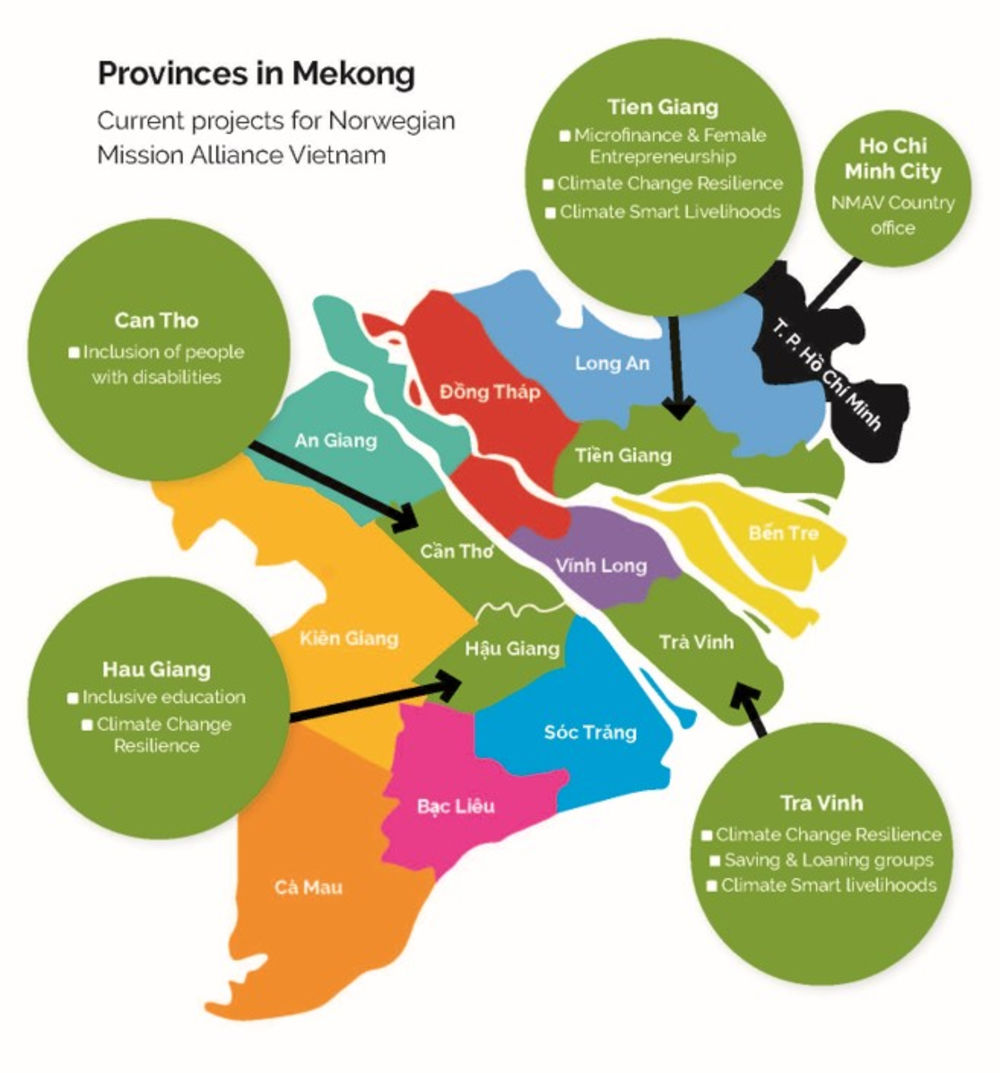 Vietnam is number 115 of 187 countries in UNDPs Human development report from 2016 and is classified as a “medium development” country. But Vietnam is still in many aspects a vulnerable country; Wealth is unevenly distributed and extremely poor people are falling further behind as the gap is increasing. The poverty rate is significantly higher in rural areas, amongst ethnic minorities and people with disabilities

Climate change is a serious challenge especially for the poor. With it's geographic location, long coastline and diverse topography, Vietnam is ranked by the World Bank as one of the five countries in the world that will be worst-affected by climate change

Mission Alliance works to target the challenges faced by the most vulnerable groups who are excluded from political and social rights as well as future economic development. Mission Alliance has a very important role in mobilizing community participation and facilitating that vulnerable groups in the country is heard and given a voice in matters concerning them. The organisation has longstanding experience from community mobilization in Vietnam and has received recognition from the government in this area.

Over the past years, the Mission Alliance in Vietnam has had great success with the microfinance operation which today provides loans to over 44 000 poor women in Tien Giang province. With the assistance of the Mission Alliance, Tien Giang and Vinh Long are the two only provinces in Mekong succeeding in implementing the inclusive education strategy from the national government both with the support of NMAV's Inclusive Education interventions. In the coming 5 years Mission Alliance wants to build on past experience and expertise to make sure that we have an even greater impact on prioritized themes at local, province level, and hopefully also on regional level.

Mission Alliance in Vietnam started in 2018 a new 5 year project funded by Norwegian Government together with private sponsors in Norway .

Read more about our work with: